March is Women’s History Month, so to celebrate all the great women who have left their mark on Door County, we’re sharing the stories of four highly influential and inspiring women from Door County history.

While these are some of the best-known and most-beloved figures from local history, this list barely begins to cover all the incredible women who have lived, worked, and visited here and helped make the county the beautiful and thriving place that it is today.

Photo provided by Charlotte Lukes. Photo credit: Herbert HornBorn in 1891 in Baileys Harbor, Emma Toft is one of Door County’s best-known conservationists and environmental advocates. She grew up on her family’s land in the area now known as Toft Point State Natural Area. There, she explored the nearly 300 acres of deep, ancient forest and wave-cut dolomite cliffs of Lake Michigan.

Her early years spent in this lush and undeveloped setting instilled in her a great appreciation for the natural world, and she spent much of her life ensuring Toft’s Point remained wild and untamed, rather than fall to loggers or land developers. She also had a hand in preserving The Ridges Sanctuary, The Clearing, and many other local treasures.

Her conservation philosophy is perhaps best captured by her most famous quote, a plea for nature-visitors to enjoy the beauty of nature from afar: “Flowers are the loveliest where they grow. Love them, enjoy them but leave them so.”

While not as well known outside of Door County as Susan B. Anthony or Elizabeth Cady Stanton, Elizabeth Dreutzer was a leading voice in the local women’s suffrage movement in the late 1800s and into the 1920s.

Dreutzer first fought for Sturgeon Bay women’s right to vote on school-related matters and later helped form and lead the Sturgeon Bay Women’s Suffrage League, which fought both locally and federally for women’s equality in all forms but especially equal voting rights.

Throughout her time in Door County, she organized educational debates and a traveling lecture series about the movement and helped local women fight for their own voices to be heard in the public sphere.

Mertha Fulkerson is best remembered as “the backbone of The Clearing Folk School,” which opened in 1935. For decades, Fulkerson was legendary landscape architect Jens Jensen’s assistant, advocate, and friend.

Jensen had long dreamed of establishing a nature school where students could go to learn and train in landscape architecture as well as other creative disciplines. But he also wanted The Clearing to serve as a respite, a place where urban adults who felt alienated from their simpler selves could get away for a few weeks and recalibrate among forests and scenic nature of Northern Door.

Fulkerson believed so fully in Jensen’s vision that she devoted much of her life to helping him realize this dream and was instrumental in keeping The Clearing not only financially afloat but creatively and artistically active in the months after Jensen’s death in 1951. 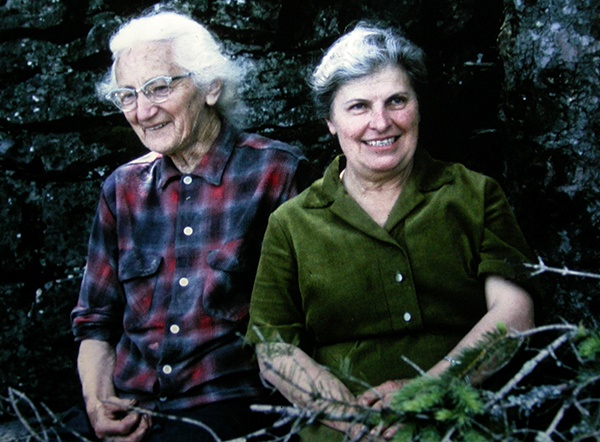 After discovering the region through fellow artists she met at the Art Institute of Chicago, Tourtelot established the Ephraim Art School in 1943 and the Door Harbor School of Art, now known as the Peninsula School of Art, in 1964. She served as the director of the PSA until 1971. 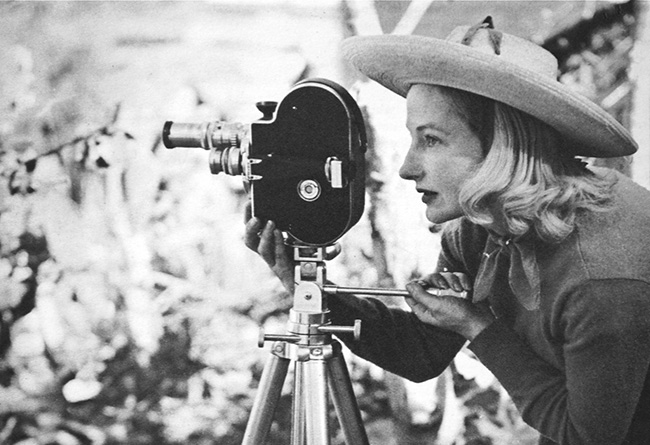 Madeline Tourtelot at the camera. Photo provided by the Peninsula School of Art.Tourtelot’s influence on the local art community was both direct and enormous. The formal schools and less-formal artists’ collectives she formed here have brought countless artists of all disciplines and mediums to the area, helped establish Door County as a small but mighty (and mighty inspiring) art scene, and introduce the artistic and scenic wonders of the region to a wider audience.