Door County's 35 named islands make this area a water-lover's dream. Only a handful of these islands are accessible to the public, including Washington, Rock, Chambers, Cana, Plum, and Horseshoe. Reaching these islands and experiencing their remoteness, rusticity, and scenery will require a little extra research and preparation, but the destinations are unequivocally worth the journeys.

Check Out the Fall Guide for Vacation Inspiration 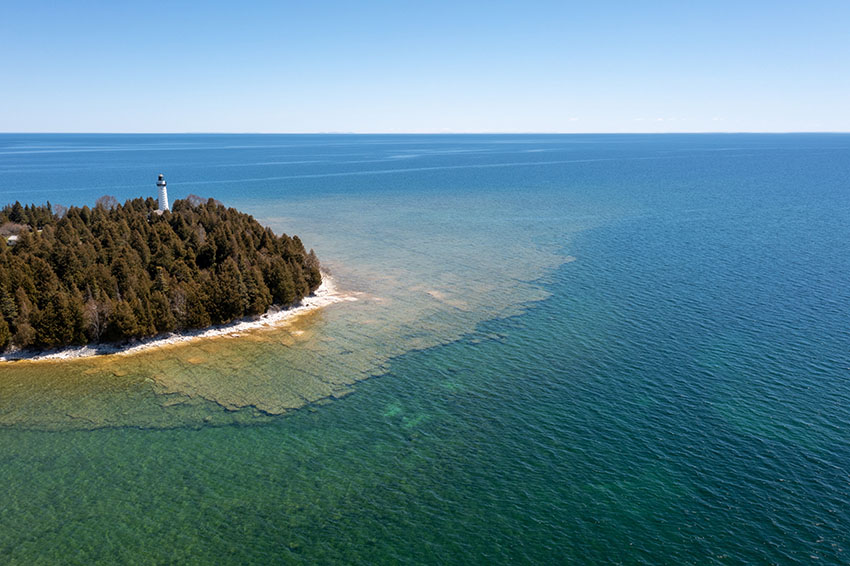 Cana Island
Located just off shore, Cana Island and its famous lighthouse are reached by walking across a sandy causeway during low tide or by tractor during high tide. The keeper's house, oil house, and tower are open for tours May–October.

Chambers Island
This 3,200-acre island is the second largest in Door County lies 7.5 miles northwest of Fish Creek. The island is home to hiking and biking trails, beaches, a historic lighthouse, and its own inland lake. The lighthouse is open for guided tours.

Hat Island
Named for its shape, the privately owned Hat Island is located due west of Peninsula Players Road to the northwest of Juddville Bay, providing a scenic foreground for the sunsets enjoyed by Peninsula Players' patrons.

Hog Island
Hog Island is a National Wildlife Refuge and a nesting ground for seagulls and terns. It can be found located off the eastern shores of Washington Island and is visible from Percy Johnson Memorial County Park. 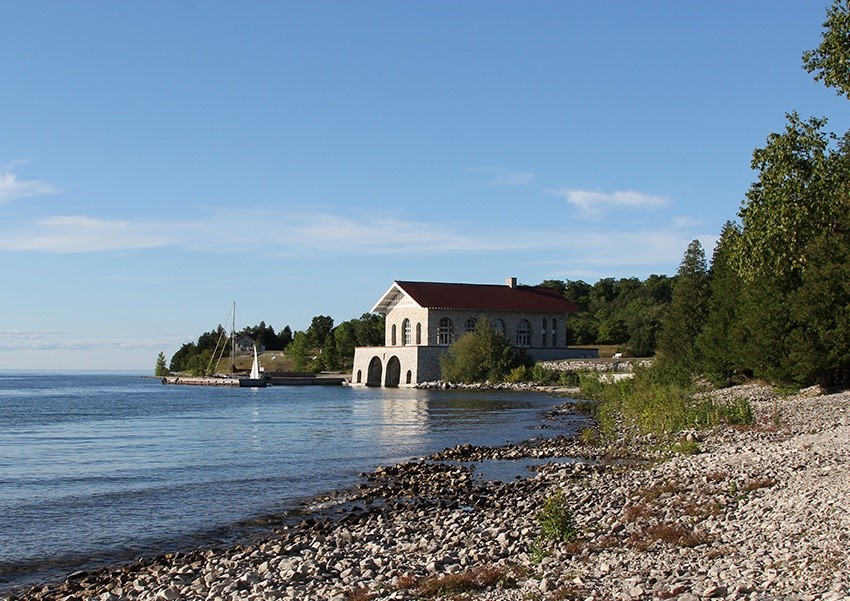 Pilot Island
Located off the southeastern tip of Detroit Island, Pilot Island is visible from Northport and the Washington Island ferry. The lighthouse, built in 1858, is also part of the Door County Maritime Museum Lighthouse Festival held each June.

Plum Island
Part of the Grand Traverse Islands chain, Plum Island is the site of a Coast Guard station and the Plum Island Lighthouse Range Lights. The island lies in the middle of the Death's Door strait that separates the Door County Peninsula from Washington Island. The dock is open to the public. 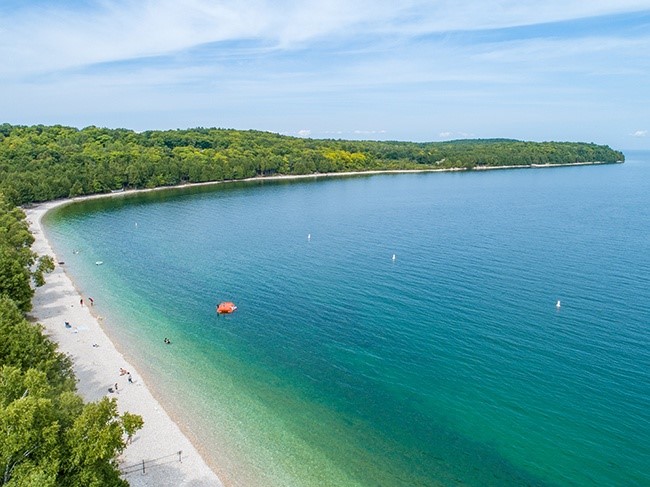 Sister Islands
This pair of small, uninhabited islands is owned by the state of Wisconsin and gave Sister Bay its name. The islands are located due north of the Sister Bay marina.

Spider and Gravel Islands
Located east of Newport State Park, these tiny islands provide nesting opportunities for shorebirds and a resting spot for migrating birds. Gravel Island is visible from the shores of Europe Bay, while Spider Island lies south of Newport Bay.

Strawberry Islands
The observation tower at Peninsula State Park provides a great view of these four small islands clustered to the southwest of the Eagle Bluff Lighthouse and east of Chambers Island. These privately-owned islands are named Adventure, Jack, Pirate, and Little Strawberry.

Washington Island
The largest of Door County's islands is located just beyond the tip of the Door Peninsula. Accessible by ferry, Washington Island is where you will discover an enchanting land of art, history, folklore, forest, and recreation.

Read Up on Island Life 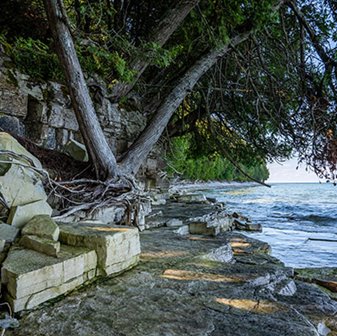 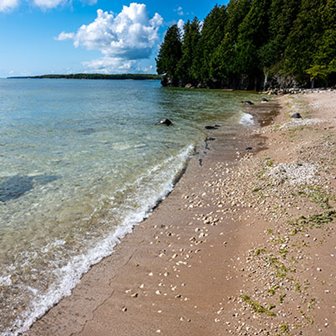 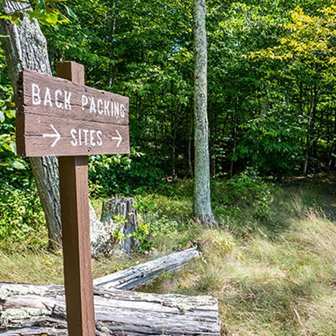 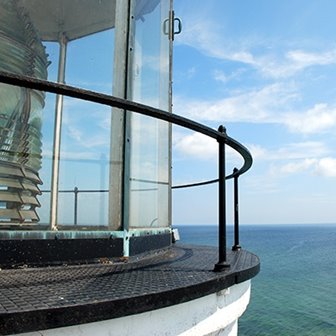 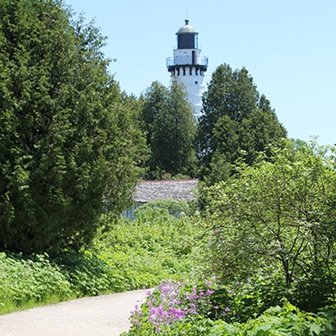 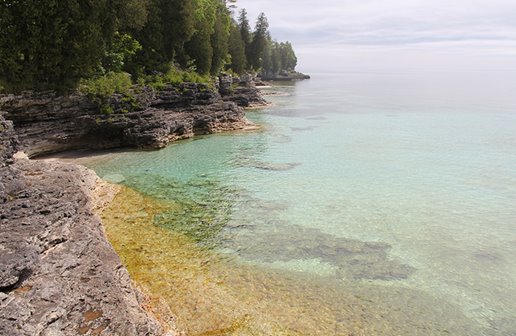 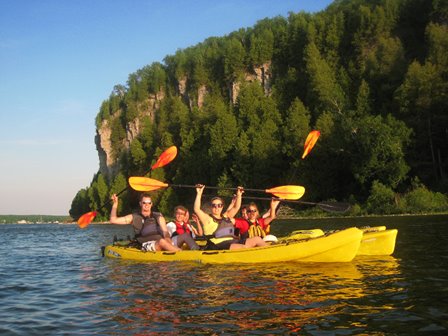 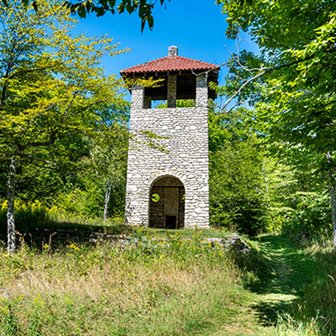 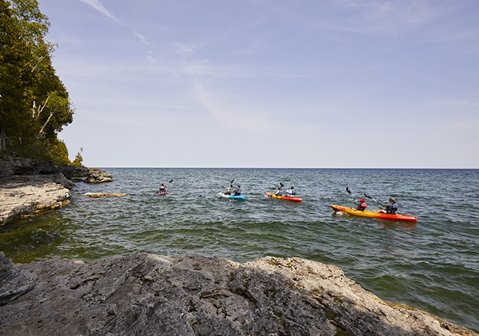 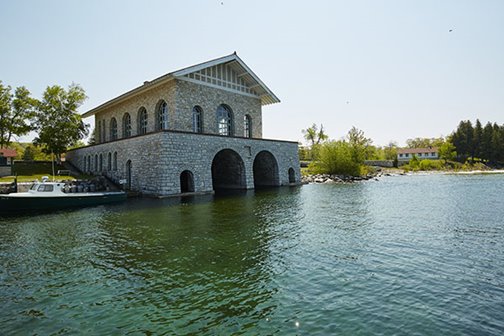 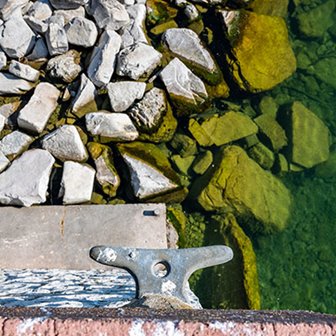 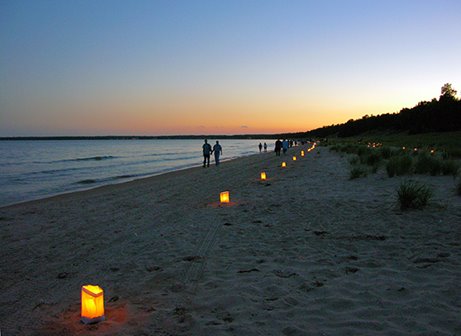 Learn the ins, outs, and importance of protecting and caring for our wild, natural lands and how you can help preserve them.
Review the Principles

Check out our video series to get a first-hand, experiential feel of what it’s like to be in this incredible place.
Explore Door County