If you’re like us, you might be worried about catching the football game while you’re on vacation. Fortunately, most Door County communities have a staple bar where you can catch the Packers and Badgers, plus plenty of other games. While Wisconsin teams take precedence, you can often get a TV turned to the Bears or Vikings too...if you ask really nicely.

Some of the bars listed here carry NFL packages and have several games available, but we suggest you call in advance to confirm. But here you go, some of the best places to catch a game in Door County—places with great screens, awesome fans, and fabulous game-day atmospheres.

Husby’s Food & Spirits has been the center of Sister Bay since Emma Husby was making black cows behind the bar almost 100 years ago. 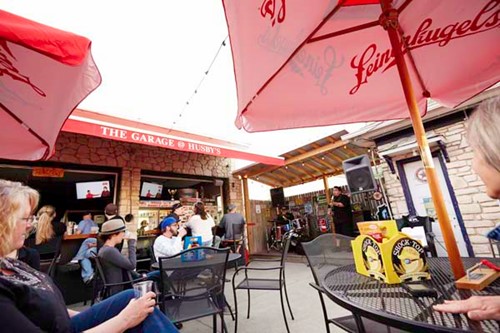 Now it’s also the center of the football-watching universe in northern Door County.

The bar features eight TVs inside, plus three outside at the Garage Bar, and usually has the widest selection of games available. Yes, that even means Bears and Vikings games when available. No, that doesn’t mean you won’t be watching in a hostile, Packers fan-heavy environment. Add great bar food, drinks and camaraderie and you have a mix that can’t be beat.

Located on historic 3rd Avenue, the Brick Lot brings the outside in through early fall with the garage doors open to the street. Plenty of TV's and great specials for the game.

Two big-screen TVs and a huge menu of Mexican fare make this a great spot to grab a stool, scarf down nachos, and watch the game.

This long-time Egg Harbor tavern and supper club became a great barbecue joint about 10 years ago. At the same time, the owners added a couple of big screens where you can catch Wisconsin teams in an old-school tavern atmosphere. 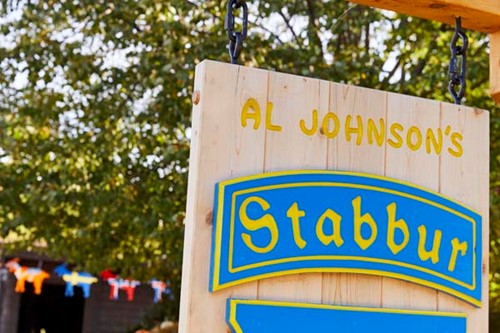 Al Johnson’s is about more than pancakes and goats now.

Next door the relatively new Stabbur beer garden offers a wide range of craft beer on tap, Malmo Mules, yard games, live music, and on weekends, a home for watching football in the great outdoors.

The team here sets up extra big-screen TVs for Badgers and Packers gamedays so you can catch the game in the sun and absorb the view of the lake across the street.

Door County’s oldest craft brewery reopened in 2018 after a devastating fire destroyed the historic building in August of 2017. The new version includes big-screen TVs at the bar plus a vast upstairs dining hall with plenty of screens for viewing the game in the center of Egg Harbor.

Owner Peter Gentry opened this taproom in 2019 in the heart of Egg Harbor, where you can enjoy craft brews in the sun, or head inside to catch the game on one of several big screens behind the bar. 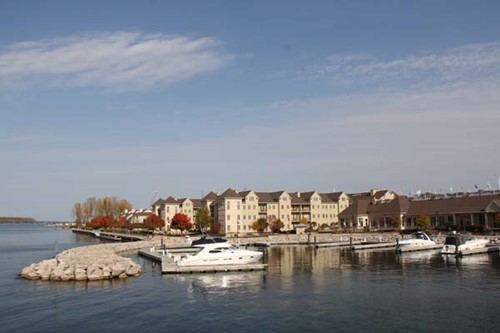 Owners Karl Bradley and Tonda Gagliardo have been welcoming diners with delicious food in Door County for over 20 years, and recently re-opened Thyme Restaurant in Sister Bay after several years in Baileys Harbor.

Catch the game on the shores of Sturgeon Bay at the Stone Harbor Pub, located in the Stone Harbor Resort and Conference Center. Just a couple blocks from bustling 3rd Avenue and the historic Michigan Street Bridge, you can feast on apps while enjoying cocktails and craft beers at the bar.