One of the most famous stretches of road in the Midwest can be found at the tip of the Door County peninsula, where Highway 42 curves for no discernible reason as it nears Northport and the Washington Island Ferry dock.

The curves make for a beautiful picture, a fun drive, and the obvious question “why all the curves?”

One story has it that the road was constructed to weave around utility poles that originally went straight down the center of the road. Utility poles are now located to the west of the road, buffeted by a row of trees. 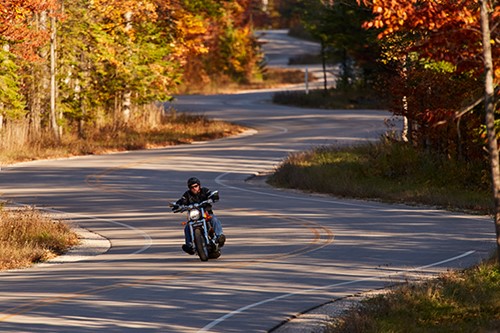 But the more commonly cited reason for the 15 curves that wind Highway 42 through the woods says that the design of the road was influenced by famed landscape architect Jens Jensen.

Jensen founded The Clearing Folk School in Ellison Bay and was an inspiring force behind the creation of The Ridges Sanctuary, but before that he was already established as the dean of landscape architects.

The Danish-born Jensen’s hands are all over the parks of Chicago, particularly Garfield Park and Humboldt Park. Jensen was a vehement believer in the power of nature to enrich the lives of men and women, even in the most urban of environments. His parks are famous for their water features, rock gardens, and meandering paths meant to mimic and incorporate nature rather than shape it. 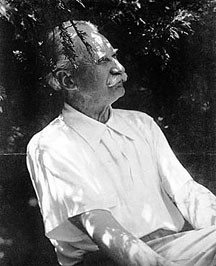 Earlier in his career he designed what he called the Ideal Highway, a thoroughfare that would slow traffic, keep nature always in view, and include a separate pedestrian path. So it would make perfect sense for Jensen to have designed a road to curve through the wilderness a few miles from his campus.

The road is designed to slow drivers and make them take in their surroundings, and it certainly accomplishes this goal.

The road is one of the most frequently photographed stretches in Wisconsin, a spot where it’s common to see several drivers pulled to the side to take photos of their own. It is a perfect ode to the beauty of the natural world, yielding spectacular scenes in all four seasons, and it’s a sight to behold when drenched in full autumn splendor in mid-October.

Learn more about Jensen by visiting The Clearing, or take in the award-winning documentary on Jensen, The Living Green.