Islanders would tell you they live there for the peacefulness, but that doesn’t mean there’s not plenty to do across the 35-square mile island. With 100 miles of roads connecting every corner of Washington Island, it is a favorite among bicyclists, ATV riders, motorcyclists, and those just looking to get away from it all (and smell the lavender). 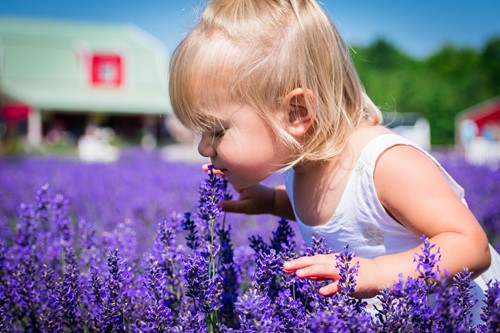 Washington Island is home to Fragrant Isle, the Midwest’s Largest Lavender Farm and Washington Island’s first. To celebrate its sixth anniversary, owners Edgar and Martine Anderson are adding 6,000 lavender plants to bring their total to 20,000.

Stroll through acres of blooming, fragrant lavender plants! Visit the red working barn for processing and distillation demonstrations during harvest, and take part in a true working farm where visitors learn first-hand from the experts about growing and using lavender.

Fragrant Isle also features the largest selection of luxurious lavender products in Door County, all made with sustainably grown and pesticide-free lavender. Buy lavender plants  to take home, or pick fresh lavender bundles from the field. 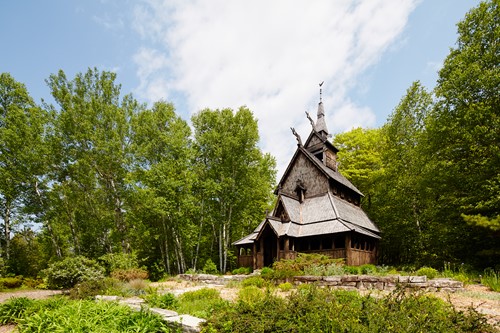 The camaraderie of the roughly 700 people who live on the island year ‘round is infectious, and they are happy to bring visitors into the fold. The tight-knit community on the island is on display in the form of Mountain Park Lookout Tower or Stavkirke, both of which were built with little more than the sweat from the brows of locals.

Or it shows up in the bartender who knows everyone that walks through the door at the local taverns and the quick wave passed among everyone driving on the island’s 100 miles of road. Or it comes in tales like those of Jake Ellefson, a fisherman in his ninth decade who remembers when ice came from a harvest, not a freezer. Head over to the local ballpark on a summer Sunday afternoon, and you can meet half the island population at a Door County League baseball game (and enjoy cheap eats and drinks as well).

If taking the Washington Island Ferry across Death’s Door and away from the mainland isn’t “getting away” enough for you, Washington Island is flush with nature preserves that will take you even further into the serene. The northern end of the island is home to Schoolhouse Beach, where millions of smooth limestone rocks forged over hundreds of years is a favorite for sunbathers and beachgoers. 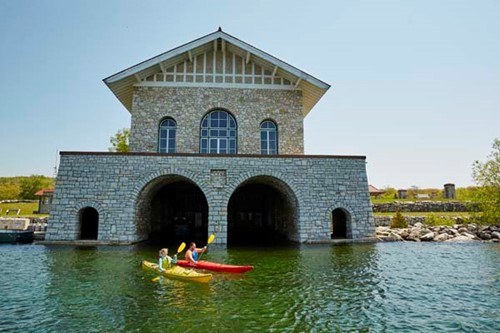 Rent bikes and tour the island in the open air, or increase your pace on a moped rented just off the ferry. The area is also a spectacular place to explore by kayak, exploring Rock and Detroit Islands, or just exploring the Washington Island shoreline.

Or hop another ferry over to Rock Island State Park, one of the state’s most secluded parks and home to the beautiful Thordardson Boathouse and other remnants of the Chicago inventor’s esteemed estate.

Once on the island, you’ll travel only by foot - no bikes or vehicles allowed, making for an experience you won’t forget. Find a campsite near the beach or tucked a short walk into the woods, then rise with a sun all to yourself. Visit the Pottawatomie Lighthouse, where docents live in the light for a week at a time throughout the summer, guiding visitors as their rent. If you can’t overnight on the island, hike straight across the ferry landing to visit one of Door County’s most gorgeous sand beaches. 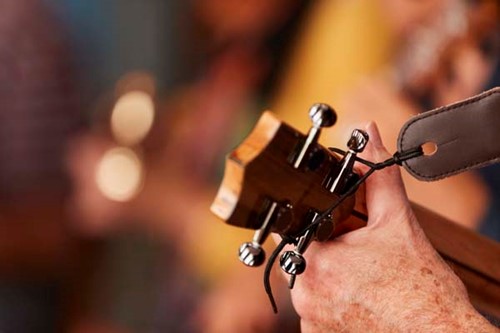 The island may be isolated, but not from the arts. The Trueblood Performing Arts Center is a beautiful stage and host to the Washington Island Music Festival each July and August.

You can also check out the Washington Island Art and Nature Center, with the work of local artists on display and for sale. The center also offers nature study sessions with an emphasis on youth education. 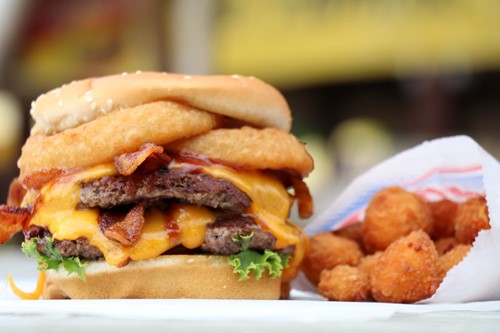 Though it’s a small island, there are plenty of places to get great local bites. If you’ve ever wanted to take a bite out of a lawyer, you can do it here (read this to understand). Relish culinary delicacies from Le Petit Bistro at Fragrant Isle, where you can delight in daily offerings from the menu, plus chocolates, candies, ice cream and the famous macaroons.