Fall has arrived, which means Halloween is right around the corner!

In addition to gorgeous autumn colors, harvest foods and decor, beautifully carved jack-o’-lanterns, kids in adorable costumes, and eating way, way too much candy, October means it’s time to seek out some thrills, chills, and outright frights to get yourself into Halloween mode.

Whether you're an aspiring ghost hunter or someone who just appreciates a good ghost story, these five bone-chilling locations offer the perfect backstories for giving yourself a scare.

From unidentifiable sounds and strange faces in mirrors to apparitions and even ghostly figures appearing in photographs, there’s no shortage of scares to be had at the Noble House, one of Fish Creek’s oldest residences. 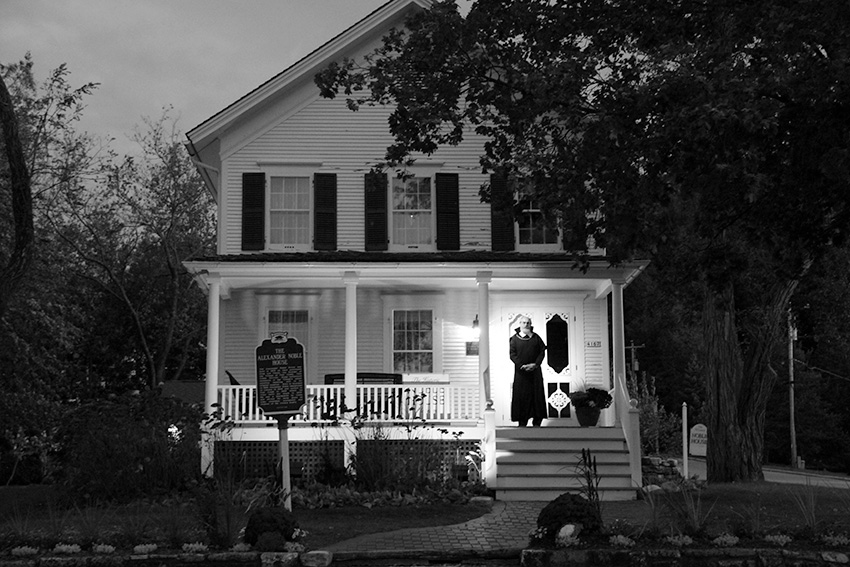 Local blacksmith and postmaster Alexander Noble built the house for his children in 1875 after two consecutive tragedies struck: first, the death of his wife and family matriarch Emily and, second, a house fire that destroyed their first home.

From the moment they entered the new home, the family experienced strange happenings and unexplained phenomena that visitors still report today—including those mysterious sounds, disappearing faces, frightening apparitions, mysterious lights and orbs, children’s cries, and an eerie “mist” that forms at the site of the house fire and sometimes takes on the vague form of a woman. Many locals suspect it is Emily who haunts the property, in search of her beloved children. 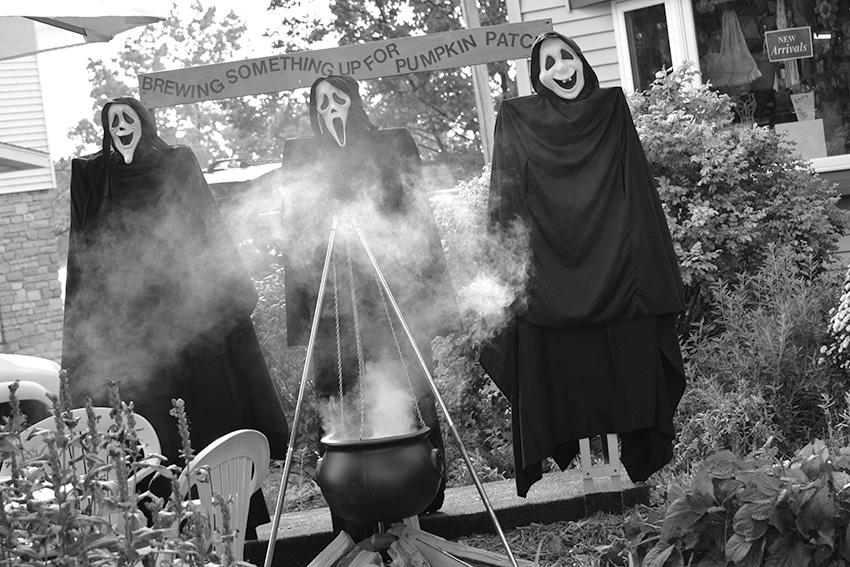 This craft brewery and taproom was already famous for paranormal activity before the building burned down in 2017, and since it was rebuilt and reopened in 2018, the activity hasn’t slowed down.

Over the years, employees and guests have reported seeing unexplainable mists, doors rattling, walls shaking, and small but eerie events like somebody (or something) leaving pennies standing upright in unusual locations.

Shipwrecked Brew Pub is rumored to be haunted by multiple spirits who could be the ghosts of rough-and-tumble loggers and laborers from the 1800s, gangsters like Al Capone who drank here to escape the feds, the IRS agents who visited Capone here and were never seen again, and other faceless, nameless spirits who may have passed through here—and never left.

Sherwood Point (not open to the public) is said to house the spirit of former lighthouse keeper Minnie Hesh. Visitors have reported disembodied voices, clinking of teacups and glassware, apparitions on the staircase, and undead figures appearing in photographs. 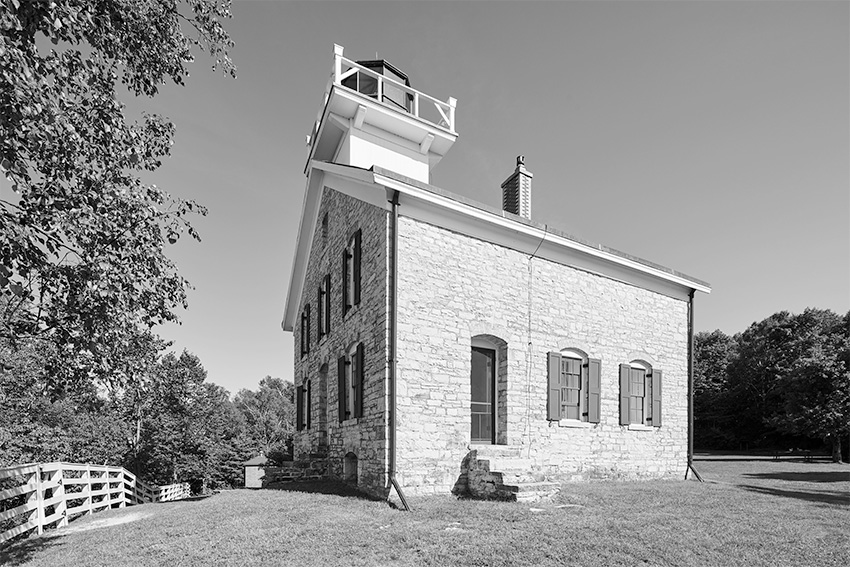 Pottawatomie Lighthouse on Rock Island (open to the public in the summer) is the state’s oldest lighthouse. Guests have reported strange lights and orbs and unexplainable noises. Rock Island in general is said to have eerie vibes at times, thanks to scattered graveyards, unusual metal-and-wood folk art, ghosts of small children playing, and the mysterious legacy of the Icelandic businessman who built up the island and died before he could complete his plans.

Visitors to the Chambers Island Lighthouse (open by appointment) have witnessed footsteps, doors opening and closing on their own, disappearing and reappearing objects, and shaking beds. Locals believe the ghost of the lighthouse’s first keeper Lewis S. Williams is responsible for the hauntings.

If you’re the type who gets a thrill from stepping into the unknown and embracing the otherworldly, the Door County Trolley is a great way to see haunted places in Door County.

Visit haunted pubs (and maybe enjoy a few spirits), hear tales of unsolved murders and disappearances, learn about the region’s most shocking crimes, and tour other bone-chilling places to get into the Halloween mood.

Door County shipwrecks are a well-known attraction for snorkers, divers, and kayakers, but the often-tragic history and stories behind the wrecks are often overlooked. 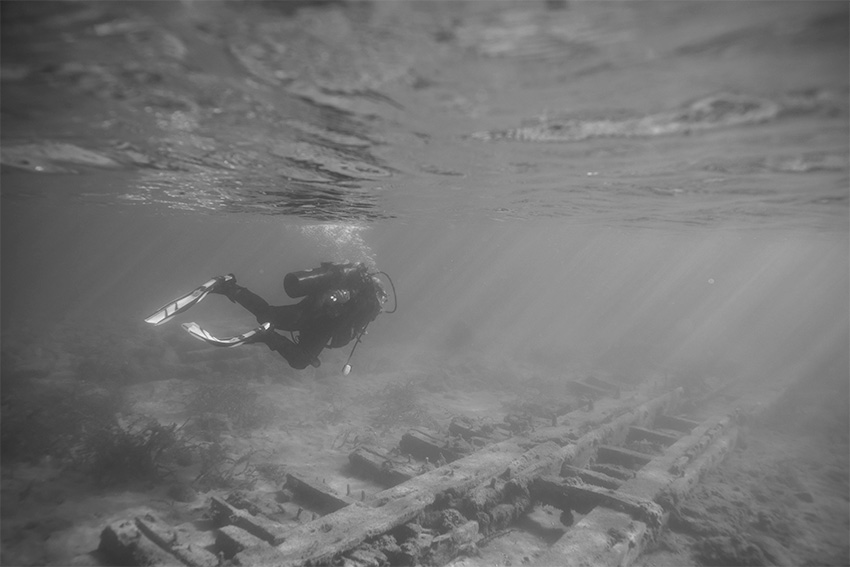 While a kayak tour of shipwrecks or a trip to a museum may not leave you with that wild just-saw-a-ghost feeling, these are great places to start to understand some of the region’s darker history.

You can learn more about these tragic wrecks and the stories—and souls—behind them at the Door County Maritime Museum’s locations in Sturgeon Bay or Gills Rock.

Headed up to Door County for some chills and thrills? Don’t forget to sign The Pledge and commit to traveling and enjoying Door County responsibly. 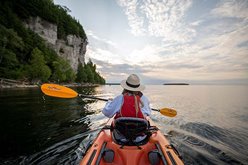