In the northeast you’ll find lobster boils, in the Deep South you'll see crawfish boils, but the whitefish boil as it’s done in Door County is a unique experience. It’s not uncommon for locals to celebrate weddings, graduations, and community gatherings with a fish boil: a simple plate of whitefish, onions, and potatoes connecting today’s families to those who came more than a century before. 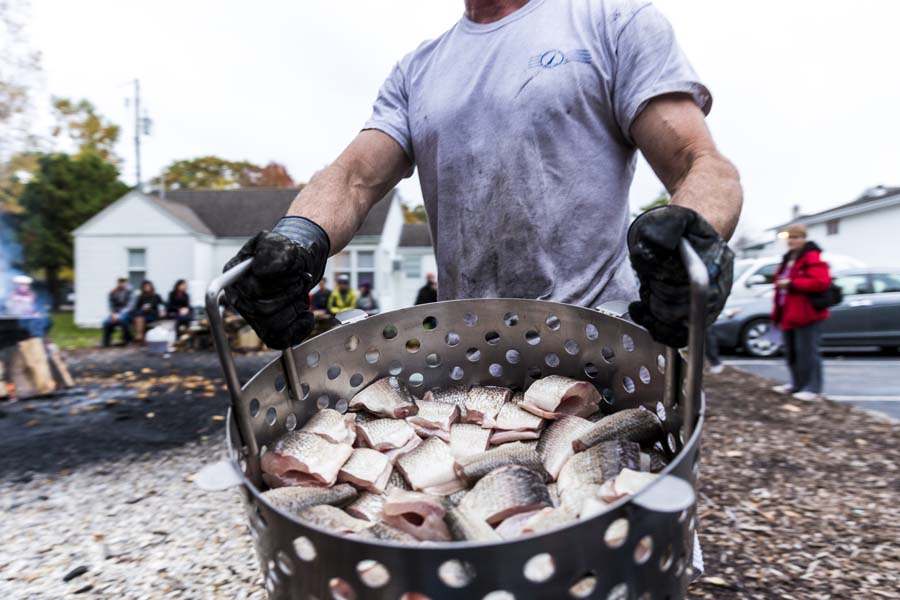 Why is it a tradition?

The Door County fish boil has been fascinating visitors for more than 50 years, but its roots as we know it today goes back to the first white settlers of the Door Peninsula. Though Native American settlers practiced their own version of the fish boil, the modern version prepared in Door County has its roots in the late 1800s. That’s when a large migration of Scandinavian immigrants brought the Nordic version of the tradition to the area. With a seemingly endless supply of whitefish in Lake Michigan, the fish boil was an efficient and economical way to feed large crews of lumberman who were busy clearing the native forests.

For decades to come, the tradition was passed down through churches and family gatherings, but it didn’t become a tourism staple until 1961, when Lawrence and Annette Wickman began the modern version at The Viking in Ellison Bay, and the White Gull Inn did the same with its own recipe in Fish Creek. 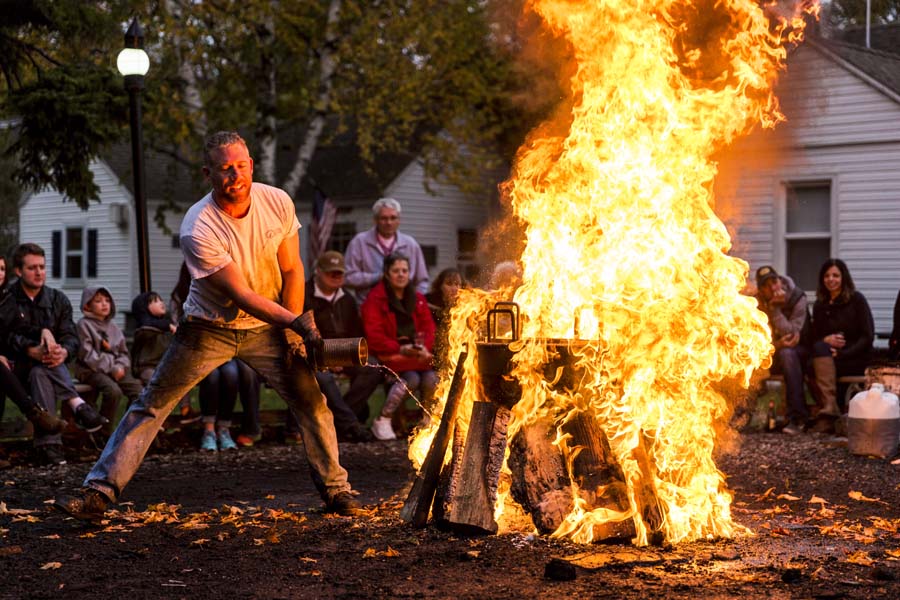 How is it done?

A big part of the fish boil experience is understanding the basics of what your boil master is adding to the pot. Locally caught whitefish is boiled on an open fire, in an outdoor community-style kitchen, usually in a large metal kettle.

The first step is to add salt to the water and bring it to a boil. Next come the potatoes. Once the potatoes are cooked, onions are added (this step varies from boil to boil). Last, but not least, Lake Michigan whitefish is added. Once the fish are nearly cooked the boil master will signal that the boil over is about to start, which is the fiery spectacle that occurs when kerosene is thrown onto the fire.

After being strained, the mild whitefish, potatoes, and onion are served with melted butter, lemon wedges, coleslaw or salad, bread, and a slice of fresh-baked Door County cherry pie.

Where can you experience one?

The classic fish boil experience can be found around the county at many dining establishments. Find a full listing of fish boils here. 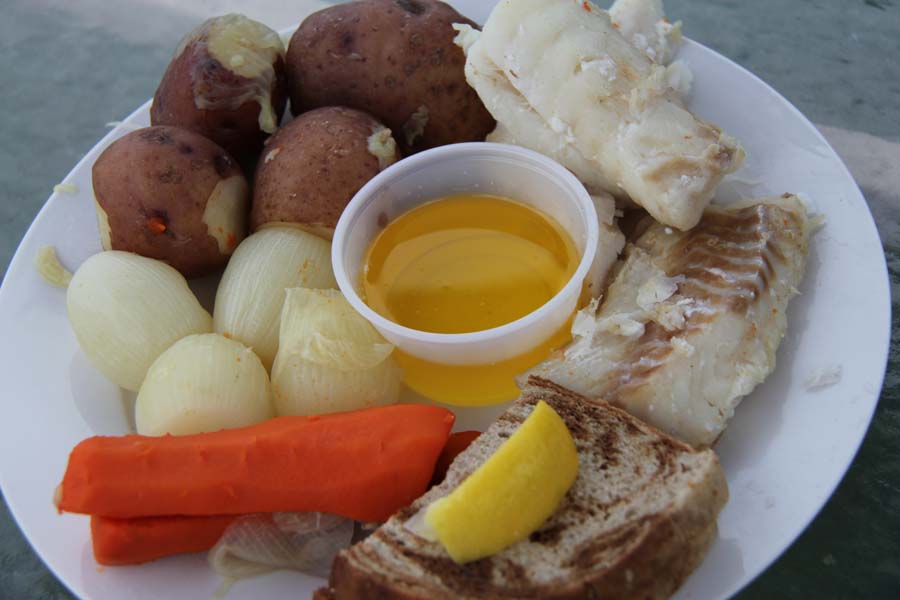 Our Door County: A Tradition of Fish