Although cherries are now recognized as Door County’s most beloved crop, they haven’t always been grown on the peninsula.

It turns out that the peninsula’s shallow, rocky earth provided perfect drainage for the trees and the lake effect from Lake Michigan and Green Bay provided a cushion against severe weather fluctuations and late frosts. 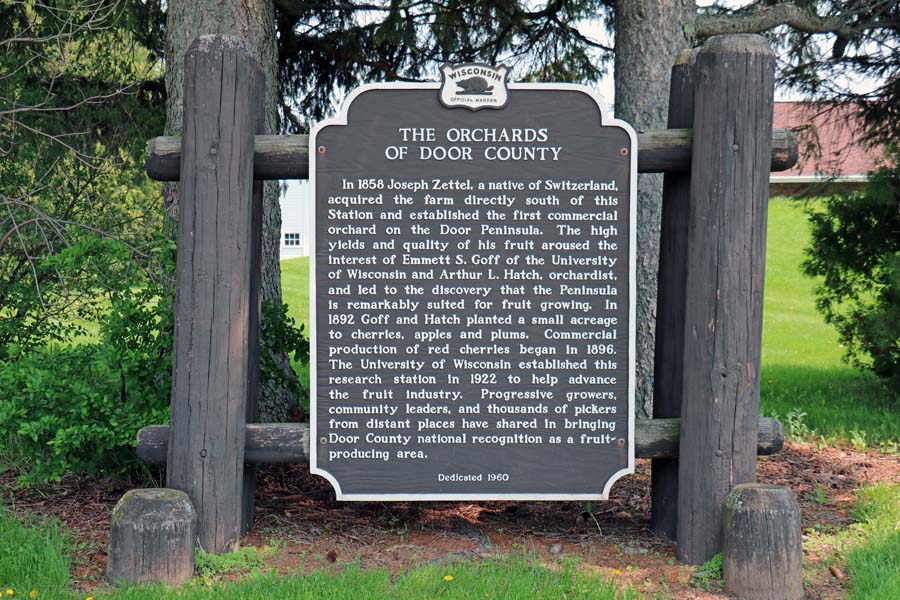 The success of Zettle’s apple orchards prompted Professor E.S Goff, a horticulture professor at the University of Wisconsin, and A.L Hatch, a Wisconsin fruit grower, to try their hands at raising fruit trees.

After experimenting with various types of fruit, they eventually discovered success with cherry trees in 1896. In an area north of Sturgeon Bay, the pair planted three acres of tart Montmorency cherries. Due to the peninsula’s ideal conditions, the cherries thrived.

Farmers across Door County started to follow suit, and cherry orchards began to spring up all over. Although Door County’s cherry orchards were beginning to garner national attention as early at 1910, the cherry industry did not take off completely without struggle. Early on, many farmers had to use dynamite to break up otherwise impenetrable bedrock.

The festival was a massive promotional success, bringing in thousands of tourists and prompting parades in each community. The festival also boosted the popularity of “pick-your-own” cherry experiences and, as a result, local orchards attracted more visitors than ever before. 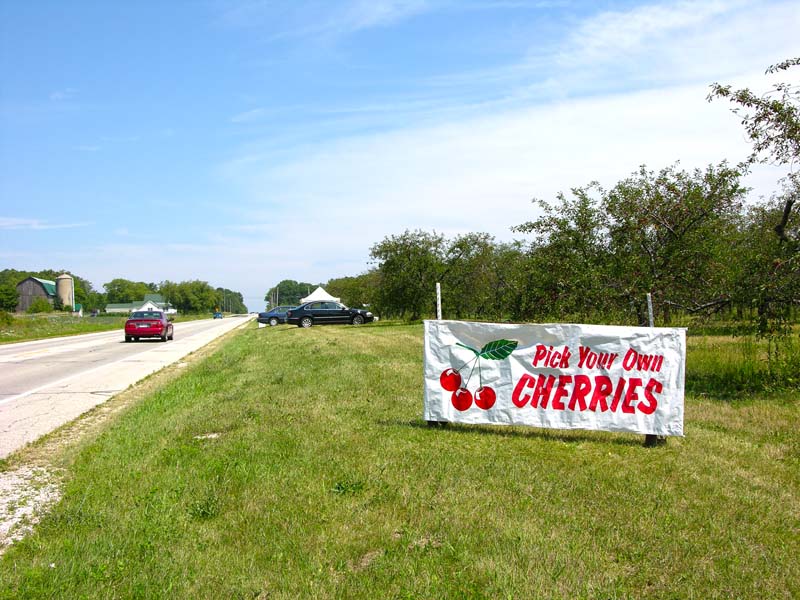 The heyday of Door County’s cherry industry occurred in the late 1940s and early 50s. During this time, 700 growers produced up to 50 million pounds of cherries annually, making up about 10% of the world’s cherries. However, the cherry boom coincided with a shortage of labor on the peninsula. Before the advent of mechanical pickers, cherry picking was extremely labor intensive, with about 10,000 laborers per season working in Door County’s cherry orchards.

Unfortunately for the cherry harvests in the 1940s, many would-be pickers were abroad due to WWII. During the labor shortage, many pickers on the peninsula were migrant workers, some coming from as far as Jamaica and the Bahamas. Even with migrant workers, there were not enough pickers in Door County to harvest the massive cherry crop and millions of pounds of cherries were left on the trees.

In 1945, the government established Camp Sturgeon Bay to house 2,140 German prisoners of war. Almost immediately, the POWs were sent to work on various orchards across the peninsula. After an initial warming-up period, many localities developed comfortable relationships with the POWs.

And it was a good thing that they did! In the summer of 1945, German POWs picked 508,020 pails of cherries and effectively saved the peninsula’s cherry crop. 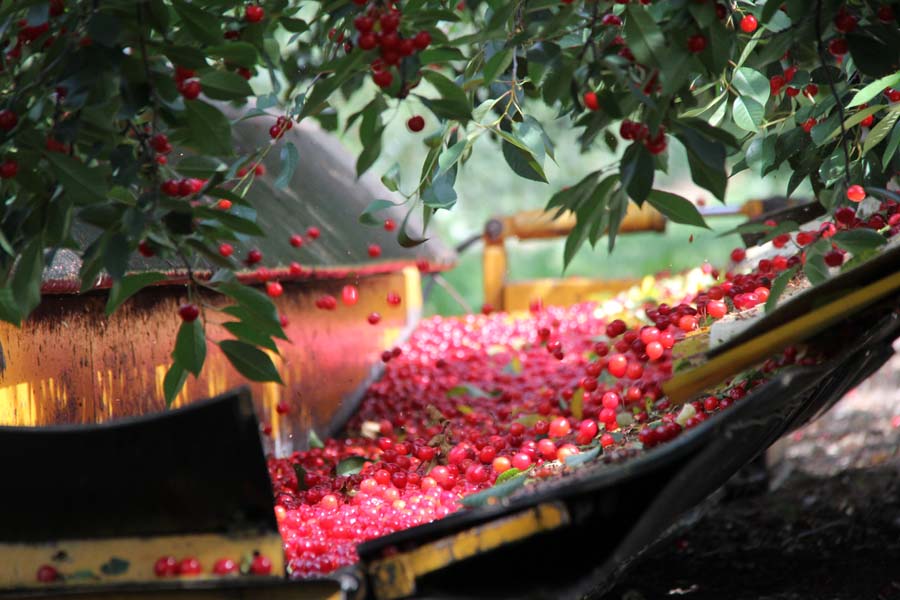 To supplement labor provided by migrant pickers and German POWs, certain growers got creative. Frank Murphy of Horseshoe Bay Farms advertised a Cherry Camp to local and even out-of-state teenagers. At Cherry Camp, over 100 kids were housed at the Horseshoe Bay Golf Club Clubhouse. Every day, they were expected to pick 7.5 pails of cherries to cover room and board but every cherry over 7.5 pails was money in their pockets. After supper, prizes were awarded to the best pickers of the day. Free time was spent splashing around in the Bay and exploring Horseshoe Bay Cave.

Even though orchards no longer depend on the labor of pickers in order to turn out a successful harvest, cherry picking is still a treasured activity in Door County. You can take the whole family cherry picking at orchards such as Cherry De-Lite Orchards, Choice Orchards, Koepsel’s Farm Market, Lautenbach’s Orchard Country Market, and Seaquist Orchards. In the tradition of Cherry Camp, spend a few hours on the grounds of historic orchards, and end your picking experience with delicious cherry treats.