Amateur and professional photographers alike can discover a world of unique beauty in the winter landscape of Door County. Just like each snowflake, each winter is different, and spectacular new visual discoveries emerge as the days and weeks of winter wear on. Explore the peninsula in winter through the lens of your camera and you’ll be awed by what you find. Snow and ice transform the views everywhere, but here are some well-known locations to capture wintertime magic. 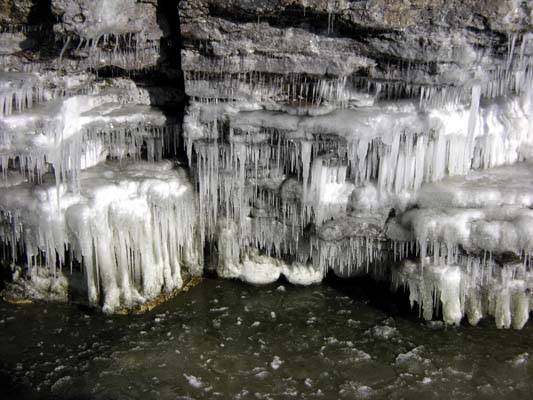 The Door County landscape is defined by the peninsula, the islands, and the hundreds of miles of shoreline, which all take on a whole new look when the temperatures drop and water begins to freeze. On the western shores of the peninsula lies the waters of Green Bay, which fully freeze over during winter. This where you may find “ice shoves,” which are large protruding ice pieces that jut skyward and sometimes come ashore.

On the lake side, you won’t find a lake frozen over, but you will find ice that extends into the waters of Lake Michigan. The ice slowly forms as cold water rolls toward land in waves. Starting as small shelves on the bay, layers grow and grow through the winter months. Large bays along the shore can also freeze over, creating white-blanketed pockets of the lake. 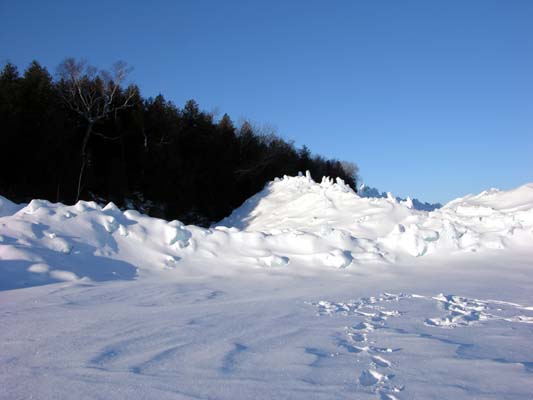 The lush evergreens found in state parks, natural areas, and along roadways become an iconic winter scene with winter snow after a big snowstorm. Or, in light snow or dry days, the branches glisten with the frozen, sparkling water drops. Take a hike once there has been good snow coverage and marvel at the sound-insulating qualities snow has. When the sun is shining, listen for the dripping of melting snow and dropping of snow piles as trees shed the weight from their branches. 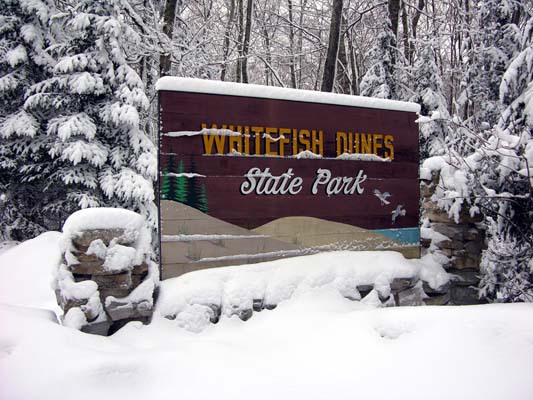 Watch as an old-time postcard comes to life when the villages of Door County don a white blanket of snow. The famous views of Eagle Harbor in Ephraim will take you back to yesteryear with the white historic buildings and hillsides dotted with picturesque homes. Hike out on the frozen bay to get a new perspective of Fish Creek, Sister Bay, Sturgeon Bay, and Egg Harbor. 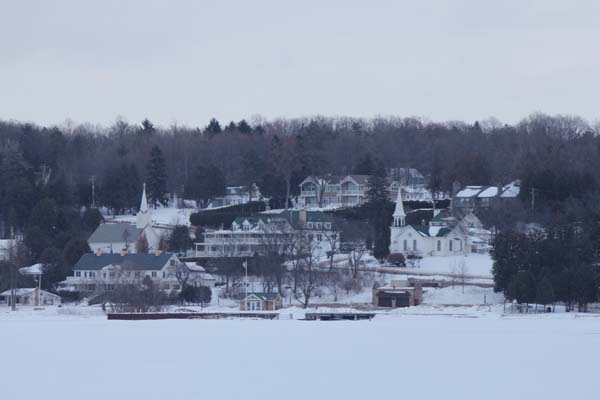 Sunrises at the Sturgeon Bay Canal

While the bay and portions of the canal freeze over, an ice-breaker boat keeps a channel open in the canal for the winter fleet arrivals. The southern canal opening is marked by two lighthouses on either side: the Sturgeon Bay Canal North Pierhead Light and the Sturgeon Bay Canal Lighthouse. Both are beautiful sights for taking in a sunrise over the lake; the rising sun glistens off the water and icy shores, making for a spectacular start to the day. 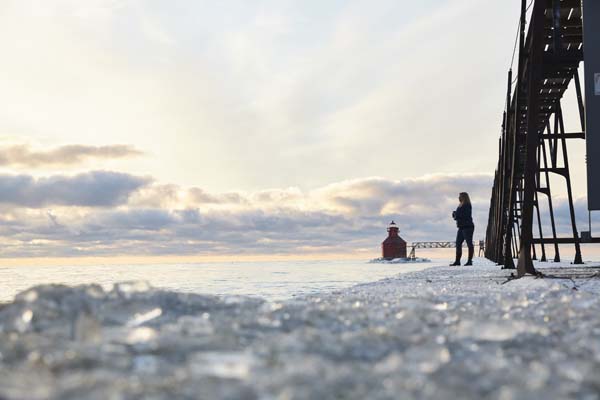 Sunsets on the Bay

Sunsets also have a different aura during the winter, with an ethereal glow reflecting from the ice-covered lake as the sun lowers itself into the horizon. The western shoreline has plenty of places to take in the sunset, but Sister Bay, Fish Creek, and the shores within Peninsula State Park make particularly good vantage points. Climb up to Sven’s Bluff in the park for views of Chambers and the Strawberry Islands surrounded by ice.

Cave Point, one of Door County’s most popular sites to visit in the summertime, is equally (if not more) beautiful in the winter! The rock formations at Cave Point County Park jut out over Lake Michigan to form watery caverns and caves formed by the waves below. When the waves are crashing, you’ll see water spray in all directions, and in the winter it results in unbelievable ice formations on the rocks and overhangs.

A beautiful and serene drive in any season, the windy road that makes 15 curves north toward the Washington Island ferry dock is a snowy dreamscape in wintertime. The road is bordered on both sides by tall forests and, when covered in snow, provides a stark contrast with the winding roadway. The view at the dock is also a treat, especially when the ferry is docking for one of its two daily trips from the island.