National Cherry Pie Day is February 20th! To celebrate we are looking back at the long history of cherries in the county. 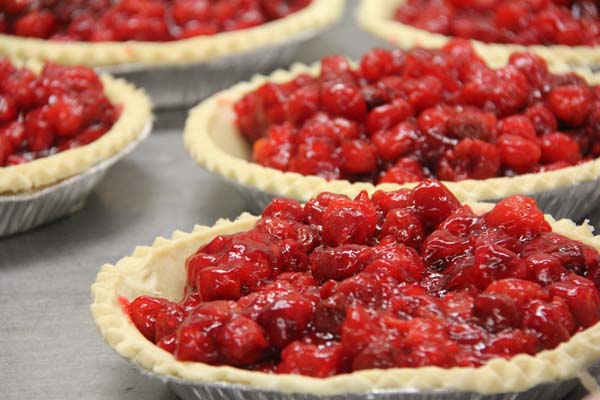 Door County cherries have become an icon of the county and for good reason. It began in the late 1800s when Joseph Zettle began planting apple trees in the shallow soils and found that the apple trees flourished. Soon, the fruit-growers of Wisconsin took notice. The University of Wisconsin’s Horticulture Department began testing various fruits to see what would be an ideal crop for the county. Apples, plums and pears were all planted, but the ultimate success was found in 1896 when the tart cherry crop greatly exceeded the expectations. Within 50 years Door County would harvest 10% of the annual cherries grown in the United States. 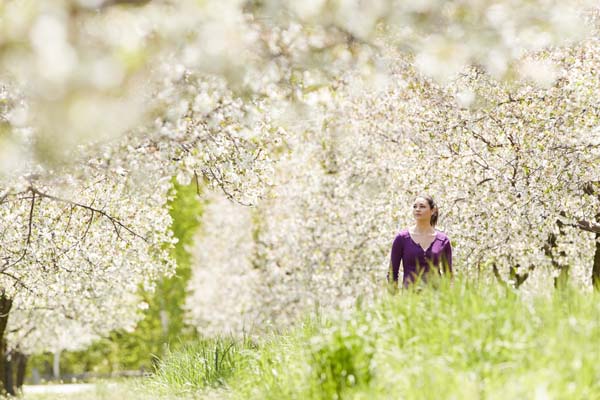 With an increase in production, the county had to begin shipping the cherries to markets nationwide. A converted old pea canning plant was converted into what became, at the time, the world’s largest cherry canning plant. Even during the great depression, the cherry orchards were able to continue profiting by promoting the cherries through great marketing. A weeklong cherry blossom festival was at the heart of this promotion, bringing in thousands of tourists to the peninsula and hosting parades in each community.

Watch our Historic Door County video that highlights the long history of cherry orchards in Door County and find out how the Packers football team aided the industry during the summer picking season.

The cherries not only played a big role in the economy of Door County, but they also expanded the local culture by attracting workers from afar, including Texas, Mexico, Jamaica, and Haiti. The workers came during the busy harvest period and brought along their cooking and language to share with local residents and workers.

Technological advances eventually made picking easier and there was no longer a need for an influx of workers, but memories of those early experiences still live on through stories and culture. Nowadays, visitors and locals alike love to make picking cherries an annual tradition at many of the local orchards who offer “pick your own” buckets.

“People love to come and pick cherries,” says Mark Carlson, whose family has worked the land and harvested cherries north of Sister Bay since before Wisconsin became a state in 1848. “With their kids and it’s an experience city people just don’t get, to find out exactly where your food is coming from.”

Celebrate National Cherry Pie Day on February 20th by making your own Door County Cherry Pie at home. Watch our recipe video or follow the instructions below for a sweet and tart pie that will bring back summertime memories in the cherry orchards.

Combine the sugar and 4 tablespoons of cornstarch. Add mixture to the cherries. Put back on medium low heat and cook until thickened, stirring frequently. Remove from the heat and stir in the extract. Let cool to room temperature.

Preheat oven to 375 degrees. Using your favorite pie dough recipe, roll out dough large enough to fit into a 9-inch pie pan, with about 1 inch of dough hanging over the edge. Place cooled filling into the lined pie pan.

Combine the whole egg with the milk/half and half. Brush lightly around the edges of the lined pie crust. Roll out the remaining piece of dough into a 10-inch round and place on top of the pie. Trim the dough and crimp. Using a small paring knife make three ½-inch slits on the top of the pie to release steam during baking.

Brush the top of the crust with the egg wash and sprinkle with sugar. Place the pie on a baking pan (in case it bubbles over). Bake for 45 to 50 minutes or until nicely browned. Let pie cool for at least one hour before serving.