From deep-fried fish and cheese (and anything else that will fit in a fryer) to fruit-filled desserts and a little dish we enthusiastically call booyah, old-fashioned foods still reign supreme in these parts and can be found all over the peninsula and Washington Island.

If you’re looking to capture some of the magic of your childhood trips to the Door or simply want a true taste of the regional cuisine, look no further than these eight must-try Door County delicacies.

The Friday Night Fish Fry is a big-time ritual in Wisconsin, as sacred as high school football, an aged sharp cheddar, or the very first snowfall of the year.

Every local restaurant or household puts its own twist on the classic, but you’ll typically find 3-4 pieces of battered and deep-fried cod, perch, bluegill, or lawyer (AKA burbot) alongside a lemon wedge, tartar sauce, crunchy coleslaw, and a starchy side like french fries, a baked potato, or potato pancakes. 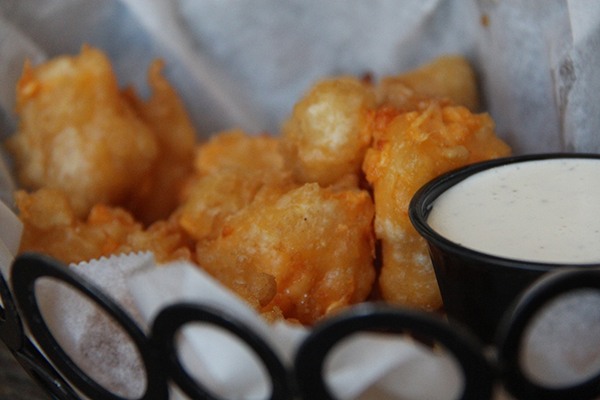 Is there a more potent symbol of humankind’s epicurean ingenuity than the deep-fried cheese curd?

Yes, this is a real dish. Yes, you should grab napkins.

And no, you don’t have to share, but it is a great way to make friends with your neighbors at the bar.

Don’t forget to ask your bartender for your beer “back" or chaser, which is typically a few ounces of tap beer served in a rocks glass or a miniature (and adorable) 7oz. beer bottle.

A side of beer with your brunch cocktail? Only in Wisconsin.

Unlike their fluffier North American counterparts, Swedish pancakes are flat, less dense, and more akin to a French crepe. Swedish pancakes may be served plain or with one or more toppings/fillings, such as butter, brown sugar, whipped cream, jams, fruit fillings like cherries or lingonberries, or savory ingredients like soft cheeses, bacon, or even Swedish meatballs.

Find them at local Swedish restaurants, themed lodgings, local events, and on breakfast tables across the county. 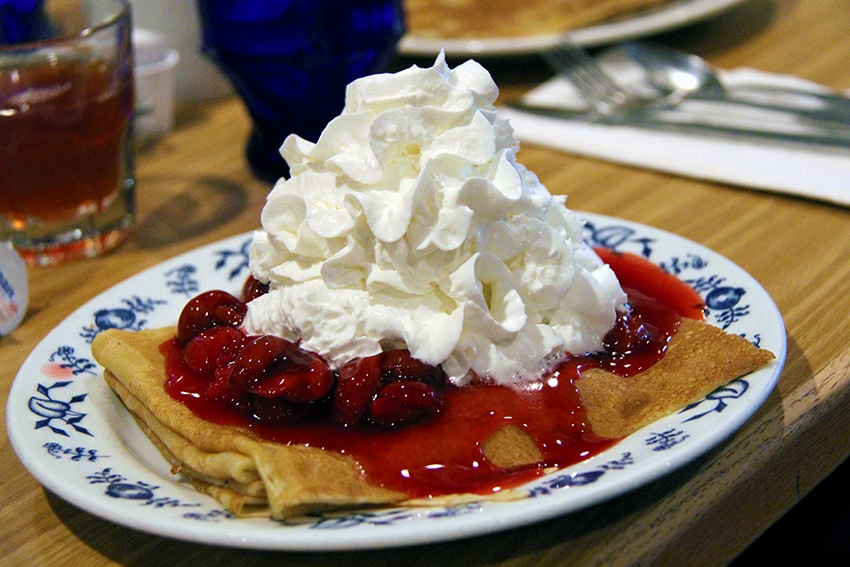 Booyah is a traditional Belgian stew that’s thick, hearty, and soul satisfying. It’s also meant to be shared, so booyah is typically made in large batches and served at community or family events such as picnics, parties, fairs, fundraisers, or holiday celebrations.

While there is no set recipe, most booyah is made with a whole chicken (and sometimes beef too), rich chicken or beef broth, and as many vegetables as can fit in the cooking pot without overcrowding—often carrots, cabbage, beans, celery, tomatoes, and/or corn.

It takes almost 12 hours for the soup to simmer and its flavors to develop, so if you ever have the chance to try a bowl, be sure to stop and appreciate the time, effort, and love that went into producing it.

Of the many traditions and influences Belgian settlers have left in Door County, the Belgian Pie may be one of the best known and most beloved. The pie was originally created to help celebrate a Belgian Kermis—or the celebration of a church’s anniversary—which traditionally featured a community festival and feast.

The sweet, yeast-based pie is usually filled with a fruit filling or rice pudding and finished with a cream cheese topping. It’s a local favorite and one that can be found in Scandinavian restaurants, bakeries, and festivals across the county, including the Belgian Kermis event that takes place each August in Brussels. 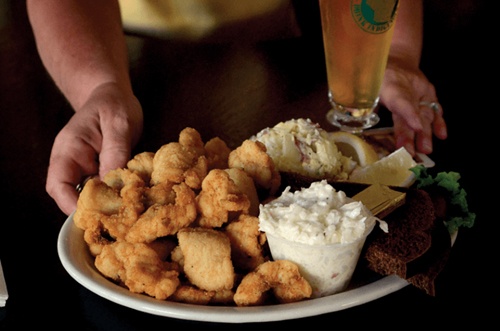 No, the other kind.

The fish version of a lawyer—AKA the burbot fish—is an underrated cold-water fish known as “poor man’s lobster” because the meat tastes similar when cooked properly.

Lawyer is most commonly found beer-battered and deep-fried atop a pile of french fries, in a similar fashion as the exalted Wisconsin fish fry.

It’s considered a Washington Island specialty around these parts.

There’s nothing that encapsulates the wholesome Midwestern charm of Door County better than cherry pie—but only if it's made with locally grown Door County cherries.

Door County’s official recipe keeps it simple as can be so the cherry flavor can take center stage. All it calls for is tart Montmorency cherries from a local orchard or farm market, your family’s favorite pie crust, and a few pantry staples. Simply bake it, cool it (windowsill optional), top it with vanilla ice cream, and dig in to it.

For even more places to visit on a food-fueled trip, plan a culinary weekend in Door County: