Sometimes the most memorable moments of the year occur as a result of trying something new or unexpected! Stepping outside of your comfort zone or going where you haven’t gone before can forge new memories that are bound to bring you and your family and friends closer. Here are six opportunities to color outside of the lines this holiday season and stir up some quirky fun.

Third Avenue Playhouse in Sturgeon Bay is the only live theater company that operates year-round in Door County, and the holiday show is one of the more humor-filled stories to come to the stage. This year the theater is putting on a two-man show playing the roles of 22 characters, called A Tuna Christmas.

The setting is Christmastime in the third-smallest town in Texas. Radio station OKKK personalities Thurston Wheelis and Arles Struvie report on various Yuletide activities focusing on the big annual event—the Christmas lawn display competition. But the activities are in jeopardy because the Christmas Phantom is on the loose!

If you haven’t yet noticed, winter completely changes the landscape in Door County! One of the benefits to this change in season is the new addition of miles and miles of frozen ice that offers a whole new perspective (literally!) of the peninsula. Once the ice is thick enough (check with the local authorities and ice fishing guides for best ice condition status), go for a snowshoe across the frozen inland lakes or western bays to see the shorelines from a new view. Ephraim, which is known for its idyllic hillside dotted with white buildings, is especially picturesque when seen from the frozen Eagle Harbor. 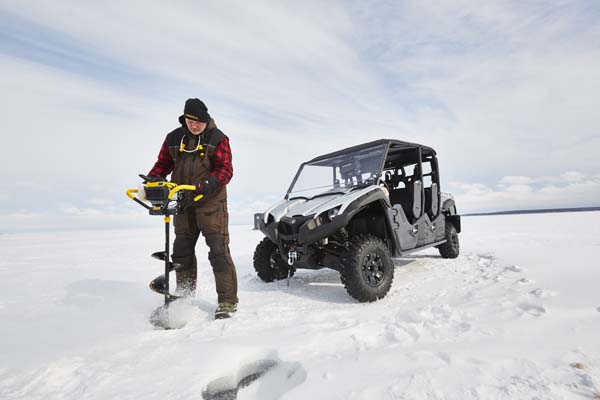 Take a walk offshore near Peninsula State Park and see the stunning bluffs and rocky outcroppings—and the famous Eagle Trail Cave—from what is normally Lake Michigan waters in summertime. Locals use the frozen ice for ice fishing, broomball games, an annual pond hockey tournament, and even to just enjoy an unencumbered view of a great sunset. Luckily, those spectacular sunsets are one thing that stay the same all year.

Go on a Chili Crawl

Chili, the unofficial soup of the season, is a hot seller in the winter, and there are many places to indulge in a warm cup or bowl. Enough places, in fact, that you can create a custom chili crawl and take an afternoon and evening to sample the various versions around the county!

Start in Egg Harbor with the famous brisket chili at Casey’s BBQ and Smokehouse. We went behind the scenes last winter at Casey’s to take a peek at how the chili is created, which you can watch here.

Then head east to Jacksonport for a taste of the homemade chili from Mike’s Port Pub & Grill in before going north to Baileys Harbor. There, you’ll want to visit the Cornerstone Pub and Restaurant—which always has a hearty chili option—before taking the causeway across Kangaroo Lake to get to Coyote Roadhouse, another restaurant and pub that promises warm chili and cold drinks. 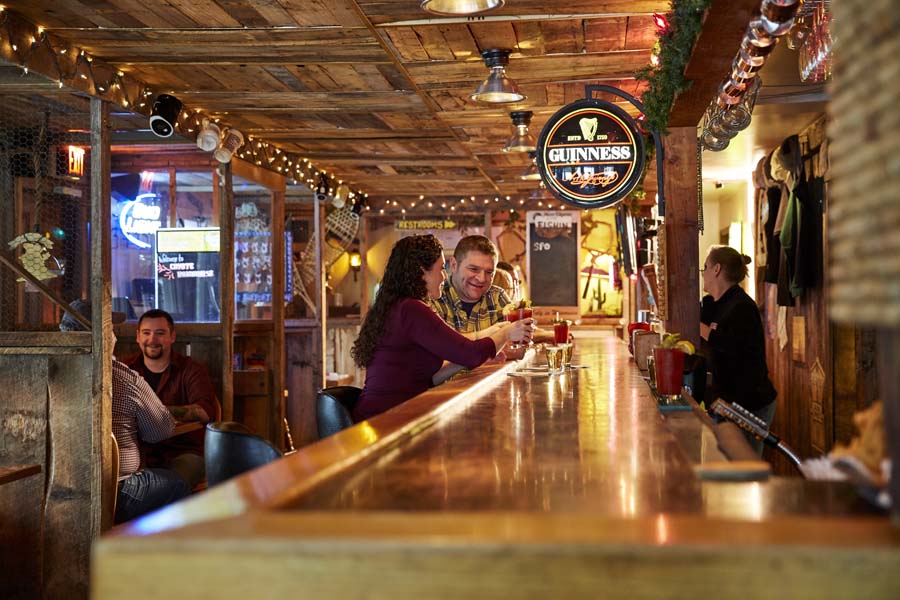 It’s somewhat of a local secret that the Landmark Resort in Egg Harbor launches a series of Comedy Club nights at its restaurant, the Carrington Pub, each off season. The events bring in top stand up comedy performers from across the country. Start your evening with a buffet dinner at 6:30pm, and catch the show after which begins at 8pm.

Each Comedy Club features two comics, with the total showtime lasting between an hour and a half to two hours. Reservations are highly recommended, as the shows often do sell out! It’s a rare opportunity to experience a night full of live comedy only offered in the fall/winter. 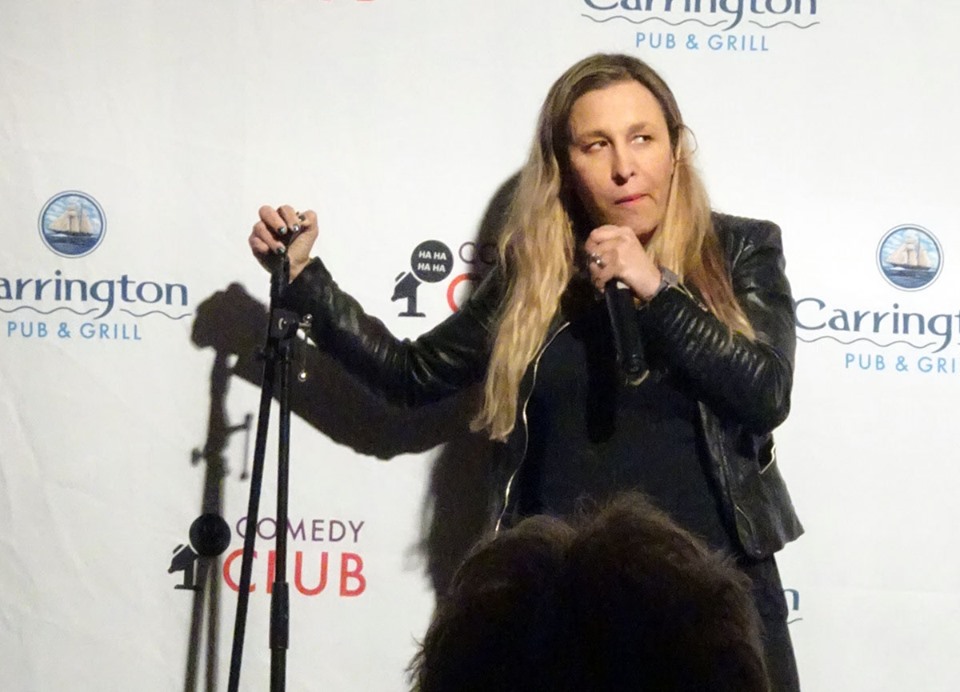 A new annual tradition has begun in Sister Bay, and now that it is going on a third year, it’s time to make it a part of your own New Year's celebrations! On New Year’s Eve start your day in Sister Bay with a shopping extravaganza throughout the village, ice skating, and a bonfire at the Sports Complex before taking advantage of dining specials and an early evening fireworks show.

For the main event—the midnight countdown—join FM106.9 The Lodge for a Cherry Drop Party at Husby’s Garage where starting at 10:30pm they will be playing some the biggest tunes of all time. As everyone counts down to midnight, a giant sparkling cherry is also dropped to welcome in the New Year! 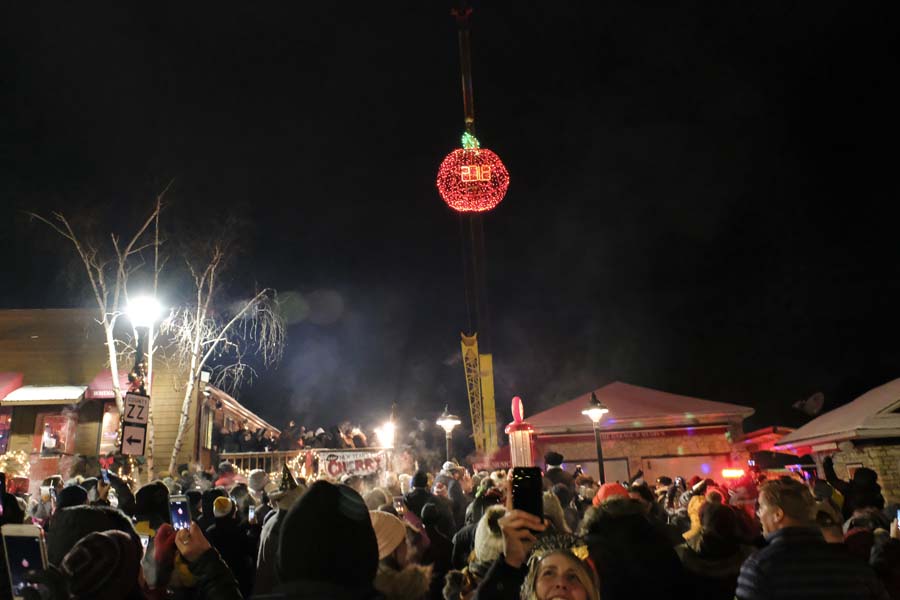 Now that you’re comfortable with some of the quirkier events of the season, why not fully commit and start your New Year with the Jacksonport Polar Bear Club’s annual dip into Lake Michigan? Join them in Jacksonport on New Year’s Day at 12pm sharp for a refreshing dip in the icy water of Lake Michigan as they have since 1986. Most of the members survived, and you can too! It’s free to participate, just be sure to check out the Jacksonport Polar Bear Club website for important instructions and helpful hints. 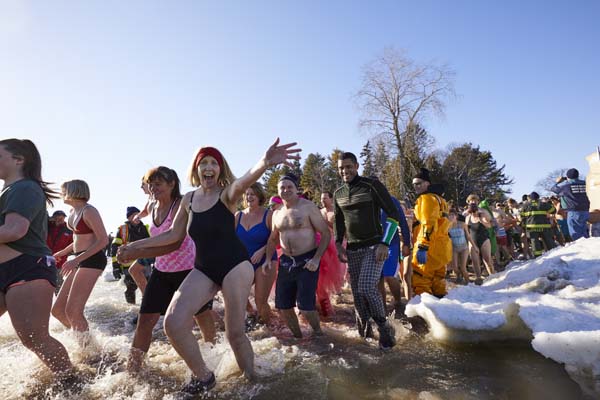