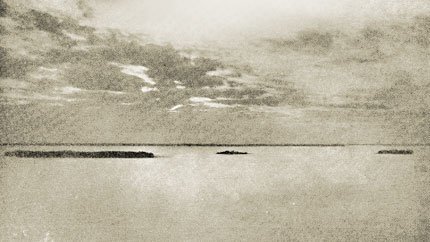 In the 1600s, the peninsula saw French explorers such as Jean Nicolet and Father Marquette pass through. Robert de LaSalle's ship Griffin, loaded with valuable furs, disappeared in the Great Lakes on its way back east in 1679. 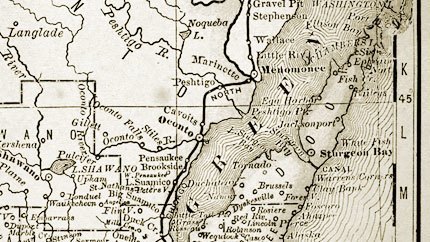 The British claimed the territory from the French, and in 1783 the United States claimed it from the British. 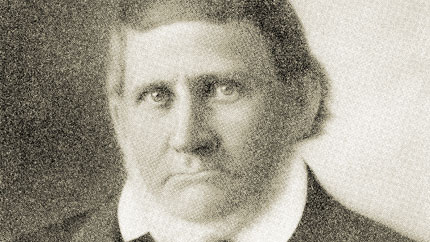 The county's first permanent white settlers were Increase and Mary Clafflin who established themselves in the Little Sturgeon Bay area, and then moved in 1844 to the area now known as Weborg Point in Peninsula State Park. Entrepreneur Asa Thorp built the dock at Fish Creek in 1855, establishing the only place between Fort Howard (Green Bay) and Rock Island for ships to refuel on cordwood, and the village naturally thrived. 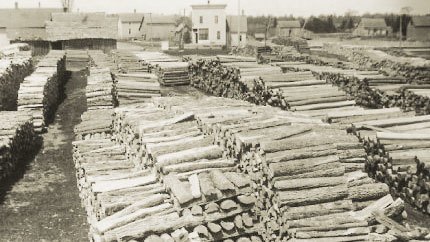 In 1848, Captain Justice Bailey sought a safe harbor for his ship during a storm. Discovering timber suitable for cordwood, Bailey informed his supervisor, and by 1850 nearly 2,500 cords of wood were being shipped out of Bailey's Harbor annually. 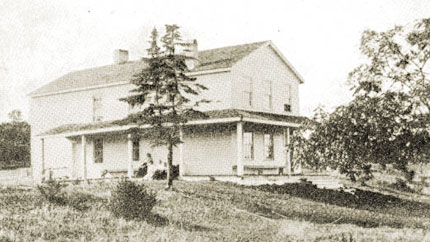 In 1851, Door County had finally acquired enough settlers to be established as a county all its own. For one year, Door County included present-day Kewaunee County, until the 1852 legislature re-determined the boundaries. 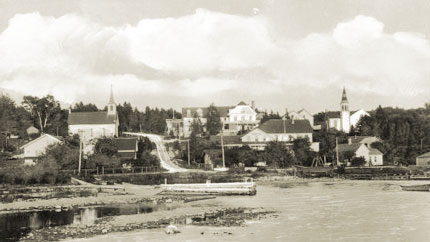 The Reverend Andrew Iverson and three followers set out from Green Bay on a cold February day in 1853, and walked on the ice to Eagle Harbor, where they met Ole Larsen at his home on Horseshoe (Eagle) Island. Crossing the ice to the opposite shore, they found the site for their congregation to establish a community, which they named Ephraim. 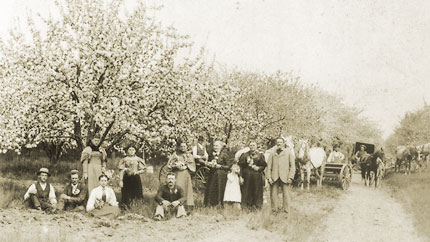 Early settlers of the county made their living largely through the harvest of timber and fish. By 1900, over-harvesting of these resources, combined with improved transportation — including a regular schedule of passenger steamers to the villages — led to the rise of the tourism industry. And although the land had never been suitable for farming crops such as wheat, it was discovered that fruit trees would flourish. 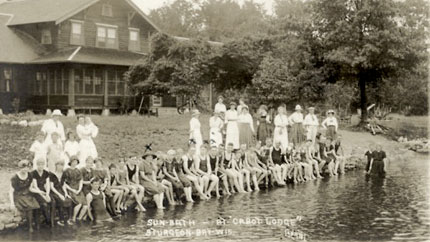 By 1920, roads were improved to the degree that more people came to visit the county by automobile than by boat. Motorists were warned to come prepared: the trip to northern Door would require at least three spare tires.

Sturgeon Bay’s rich shipbuilding history got something of a spotlight during the two world wars in the 20th century. As the nation needed battleships in World War I and again in World War II, the otherwise sleepy shipbuilding town got new life, importing workers to cover the military’s growing needs. While some of the shipyards that provided these military vessels are gone, Bay Shipbuilding still operates out of the shipyard in Sturgeon Bay that dates back to 1918.

In the late 1940s, cherry picking in Door County hit its peak when approximately 10,000 workers were employed ranging from eight to 60 years old. Workers were paid on a per pail basis and lived in basic camp buildings provided by growers. The cherry industry is still one of the most robust in the county and Door County remains one of the top cherry producing regions in the world.

Today, the rich history of Door County has been preserved through many local efforts. The groups behind the preservation of the peninsula’s history want to share it with you through museums, lighthouses, tours and historic sites. From the Belgians in the south to the Scandinavians in the north, from trippe to fish boils, from maritime to farm museums, Door County honors its past by preserving the best of its traditions, foods, buildings and artifacts.

Order your free copy of the Official Door County Destination Guide and start planning your trip.
Get Your Copy

No matter when you visit Door County, there will be plenty to see and do.
Spring
Summer
Fall
Winter