The spring and summer fishing tournaments have come and gone, but that doesn’t mean the fishing season is at its end. In fact, some fishermen claim fall is an opportunity to catch the largest fish of the entire fishing season. With the days getting shorter and the daytime temperatures getting cooler, the water temperatures begin to drop, telling the fish that winter is coming, which begins the incredible fall feeding frenzy. 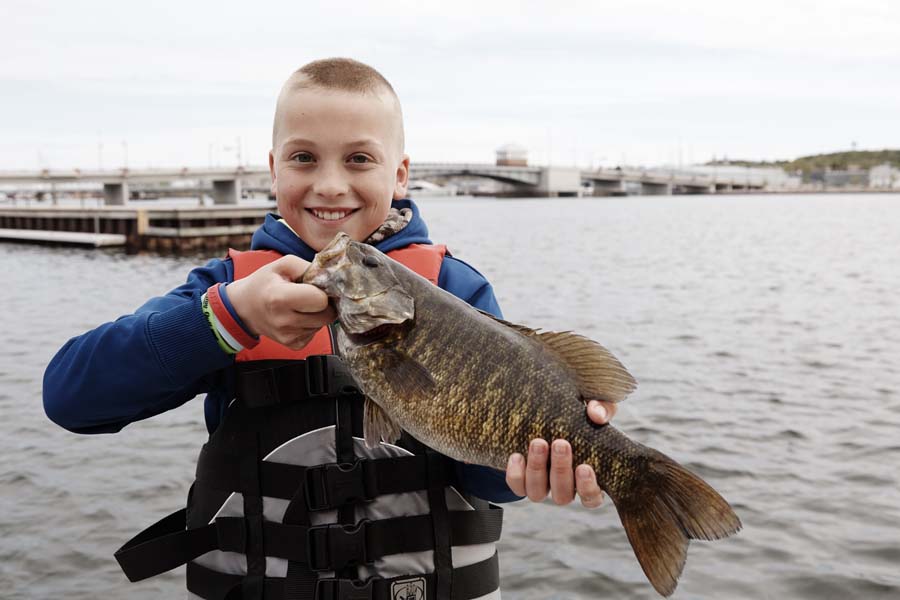 The waters around Door County host over 170 species of fish; you can catch salmon, walleye, trout, perch, whitefish, and more. Getting on the water, for fun or for sport, is a tradition that keeps people coming back all year round—even in the winter for ice fishing! The thrill of the catch never ceases to get old. Book a fishing guide or venture out on your own as the seasons change and find out for yourself why fishermen love Door County.

Find out more about getting on the water: 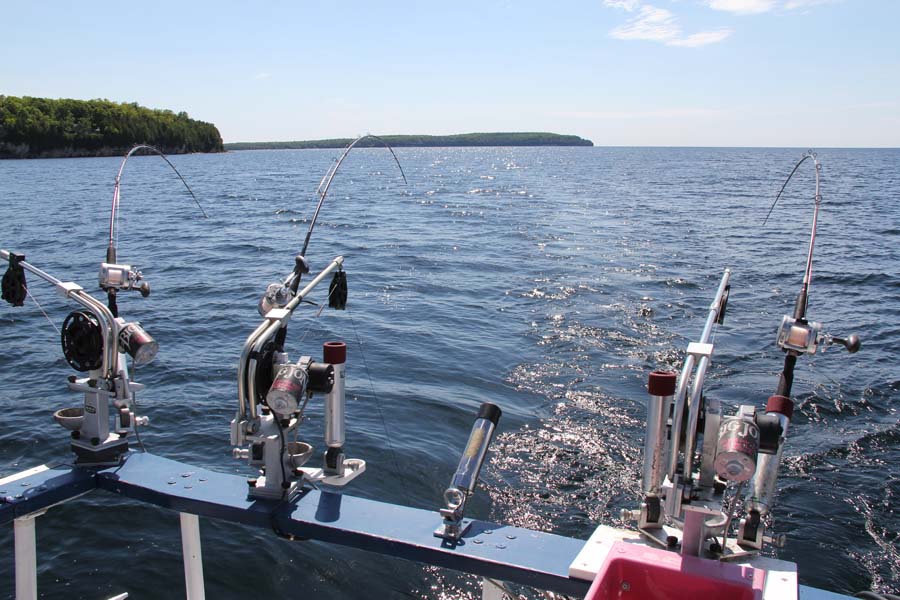 If you strike it lucky with the traditional fish boil variety—the whitefish—then try your hand at a homemade fish boil.

At the White Gull Inn, the fish is cooked outside over a wood fire using a 22-gallon pot and two nets, one for the fish and one for the potatoes. Home cooks will need a 5-gallon pot, plus two removable baskets or two pieces of 24x24" cheesecloth.

Keep potatoes whole but cut a small slice from each end. This will add flavor to the potato during the cooking process. Bring the water in the pot to a boil. Keep it boiling as much as possible throughout the cooking procedure.

Add the potatoes and one cup of salt. Cook for approximately 20 minutes. Check doneness of potatoes with a fork. The potatoes should almost be cooked through.

When potatoes are almost done, add whitefish with the remaining cup of salt. Cook approximately 8–10 minutes. Fish should be firm and begin to pull away from the bone when lifted with a fork. At a traditional outdoor boil, a small amount of kerosene would be thrown on the fire at this point. The fish oils, which have risen to the surface of the water, would boil over the sides. Do not attempt this at home; simply skim the oils off the surface with a spoon while the fish is cooking.

Lift cooked potatoes and fish from the water and drain. Serve immediately with melted butter and lemon.

Lost Beneath the Waves: Shipwrecks of Door County

Seven Ways to Get On the Water

7 Free Activities for the Whole Family